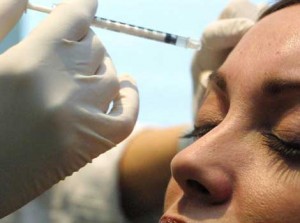 This FDA approved medication has been used by Dr.Rozenberg for smoothing out wrinkles and reducing excessive sweating in both men & women. Botox® can improve the appearance of lines on the forehead, glabella (frown lines), around the eyes (smile lines), around the mouth, chin and nose.

Dr.Rozenberg has also used Botox® to reshape the eyebrows, giving a more youthful and open appearance to the eyes. The misconception that Botox® can give a person an expressionless appearance stems from past treatments that centered on the elimination of all mimetic (movement) wrinkles.

Safety:
Dr.Rozenberg uses Botox® from the only FDA approved manufacturer: Allergen. It is diluted according to the parameters recommended by the leading world experts in Botox® injections. Some of the side effects reported around the country stemmed from untrained people and/or people using cheap, non FDA approved Botox®.

Duration:
Botox® lasts for 3 months after the 1st injection and then 4 months thereafter. Patients may occasionally report it lasting 6 months, it doesn’t (the patients simply sees the wrinkles return in 6 months but the Botox® effect has disappeared a few months earlier).

One of the reasons some patients report the Botox® did not last the expected 3-4 months is that it may have been too dilute (more water added into the bottle) or not fresh.

VIEW BEFORE AND AFTER PHOTOS OF ANGIE

VIEW BEFORE AND AFTER PHOTOS OF MICHAEL

VIEW BEFORE AND AFTER PHOTOS OF JOEL